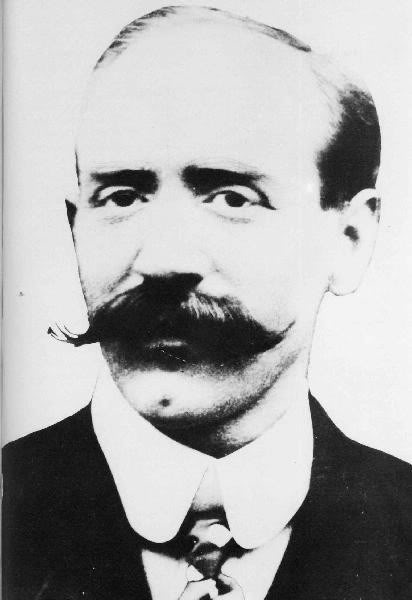 This blog was originally created for www.newcastlegaol.co.uk but is reproduced here with full permission.

Given the heavily restricted and private nature of executions after 1868, little information was often provided outside of an official and often sanitised report. One place where we do get interesting historical detail though is posthumously published diaries and recollections of hangmen. This is particularly true of one such case in Newcastle, the 1901 double execution of Uncle and nephew (John Miller and John Robert Miller). The execution itself is detailed in the diaries of executioner John Ellis as this daunting spectacle was to be his first as an assistant hangman. The Millers (John Miller, 67, and his nephew John Robert Miller, 37) were convicted and sentenced to death for the murder of Joseph Ferguson, step father to the elder John, at Cullercoats on the North East coast.  Both Miller’s were imprisoned at Newcastle and their execution date set for the same day, 7th December 1901.

Although not unheard of elsewhere, double executions were exceedingly rare in Newcastle, with the last one to have taken place happening over a century prior. No doubt owing to this and the nature of the condemned men’s familial links the cases attracted detailed coverage and numerous reports noted large crowds of people attendant outside the execution on the day of the hanging.

Ellis’ diaries give us great insight into the preparation that the hangmen and prison officials went in to for a prison execution. He was assistant for the day to hangman, William Billington, and it is clear from his diaries that he had no idea what Billington looked like prior to the day. He noted that whilst waiting at Rochdale station to catch his train to Newcastle he saw a large crowd gathered around a man, he enquired of one of them what was going on and got the reply “That’s Billy Billington, the hangman, he’s going to Newcastle to execute the Millers!” Ellis introduced himself and they travelled up together.

On their arrival in Newcastle Billington suggested that they ate lunch at a pub near the prison. The exact location is not given but there was a public house, the Duke of Wellington, directly opposite the prison entrance that was often the haunt of prison officials and from time to time used for Coroner’s Inquests on the bodies of convicts that had died in the prison. Ellis reported that they ate their lunch quickly and made a swift exit as there were “three women dressed up in furs and with their fingers covered in rings…all crying, and it was clear from the conversation that they knew the condemned men.”

On arrival at the Prison, the hangmen were informed by the Prison Governor that a decision had been made to hang the men separately, owing to the mental state of young John Robert Miller. He had been behaving in an increasingly erratic manner and was convinced that he had been the victim of his uncle’s plot. As a result the times were set for 8am for John Miller and 9:30am for John Robert Miller (this allowed for the customary hour for the body to be left hanging after execution).

On arriving at the prison Billington and Ellis went to see both men, John Robert Miller was being kept in the single condemned cell, and the younger Miller was in the prison hospital. As was standard practice, they wanted to check the condition of their necks and weight in order to carefully calculate the exact ‘drop’ to give them on the gallows.

Both men stayed overnight in the prison. Overnight stays had become a standard practice at the end of the nineteenth century, owing to increasing reports of hangmen spending the evenings before executions drinking in nearby pubs and offering locals fascinating titbits of executions past. This was particularly true of Durham, where William Marwood (amongst others) was often to be found at the bar of the nearby Dun Cow Inn, regaling locals with stories. By the 1900s though this practice had been curtailed and Ellis slept the night in the prison’s hospital wing. From his diaries we know that his room was on the same floor as where the young Miller was on the hospital ward as Ellis recalls.

The experience shook Ellis and by his own admission he was very anxious in the morning and it was only Billington’s calmness that steadied him. They both went to the gallows where they had left a sandbag, roughly equivalent to the first condemned man’s weight, hanging overnight to test the strength of the rope and to stretch it to avoid snapping. They then checked the trap doors on which the doomed man would stand, these were operated by a lever. Once they were satisfied with the operation they marked a white x on the trap doors for where the men should place their feet and began the dreadful task.

Ellis reported that by the time of his execution the young Miller had dramatically calmed and made no resistance as his arms were pinioned behind his back. However, on arriving at the gallows he suddenly became aware of the officials in attendance and asked “what are all these people here for?” Amongst those present were a limited few senior gaol officials and the prison chaplain. In a moment that shocked Ellis, Miller then turned his back on the gallows and started to walk away. Billington and Ellis had to guide him back onto the gallows and as swiftly as possible tied his ankles, placed the customary white cap over his head and pulled the lever that launched him into eternity.

The same process went without a hitch for his uncle at 9.30am with Ellis barely passing comment on the operation, but it was clear that it was not just him who had been affected by the whole affair. Ellis reported that it was also the Prison Governor’s first execution and he had invited them back to his office where they had a brandy. Ellis remarked that he was clearly upset by the experience.